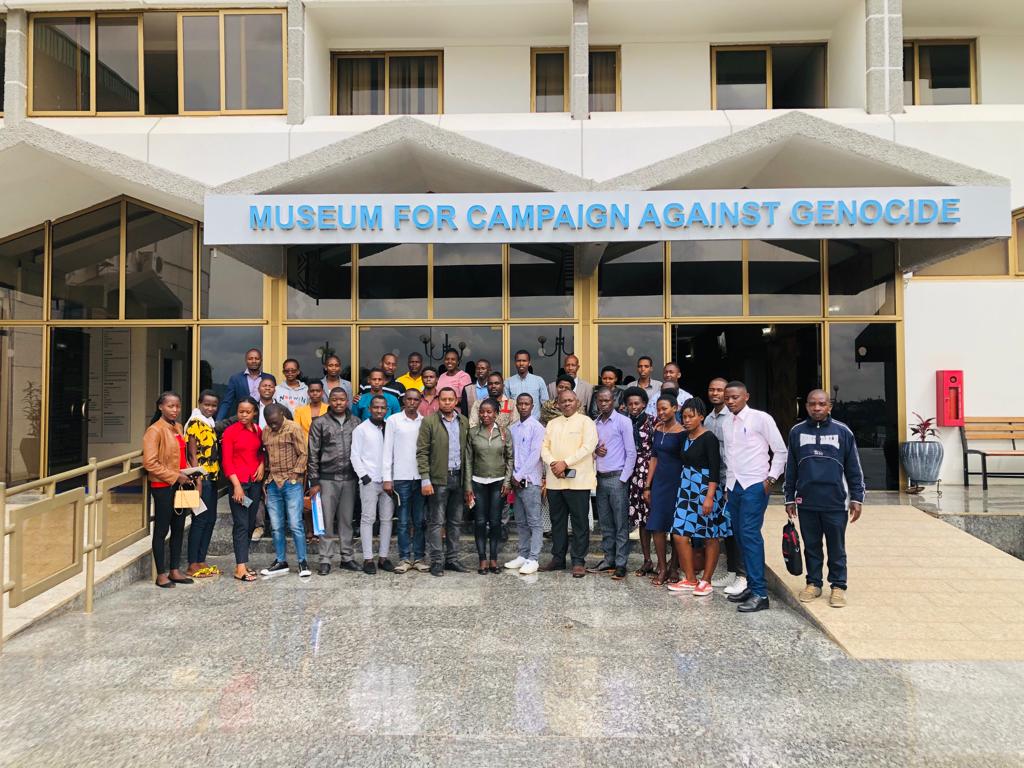 Few years ago, the government initiated peace studies in the curriculum through courses of social studies, religion, aimed to look at how best to facilitate peace building and the prevention of conflict among Rwandans.

A local Non-government organization dubbed “Global initiative for Environment and Reconciliation (GER) Rwanda” has as well initiated the move at the community based level, through teaching modules for change and transformative leadership programs.

The Transformative leadership program aims at training beneficiaries qualities of a good leader, how the youth leadership can aid oneself, and the family at the society at large to bring change.

The three year program aims at transformation, unity and integration among Rwandans. It has about 240 beneficiaries as team leaders across six Districts of Kicukiro, Gasabo, Musanze, Bugesera, Rwamagana and Ruhango.

Beneficiaries come from post-genocide generation, survivors, former infants during the 1994 genocide against Tutsi, young generation from the perpetrators side, kids from rape during that time and the historical marginalized group

After realizing how the post-genocide generation has been affected by the 1994 tragedies leading to various effects, GER Rwanda in partnership with CFOR working to support the process of reconciliation in Rwanda with focus on youth. 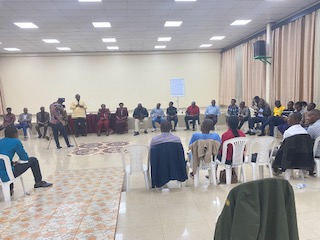 They pick representatives from the selected districts, one from all mentioned categories, where they are taken through the programs of healing, studies and trainings hence, representatives take the initiative to the district level.

The groups are linked to their districts of origin for recognition and facilitation and to continue working with the districts in the journey of reconciliation.

According to the Executive Director of GER Rwanda, Innocent Musore, the purpose is to bring change on an individual level, family and the community at large.

“We have realized that youth are the bridge of reconciliation; they have a special mind of bringing change. They attract each other but also encourage their families to call to   unite and reconciliation, as one way to help themselves heal from genocide trauma within and facilitate the future” Musore said.

Young people adapt to changes easily, Musore said giving an example of how through transformative deep dialogue used in the program, beneficiaries release their feeling, grieve and that helps them in relief, adding that that’s journey to healing because healing is a process.

We appreciate the leadership of Rwanda for the environmental reconciliation said the leader of GER-Rwanda.

Through the program, beneficiaries hold different activities to speed up healing, unity, reconciliation and integrity, such as visiting historical places like museums to learn more deep about the co-history,

More of reconciliation programs and activities uplift the groups of beneficiaries’ initiatives through capacity building and supporting initiatives financially.

According to Francine Nsengiyumva, one of the group leaders in Gasabo district, people have changed their mind due to integration program.

“We joint interactions with lost mind, broken with no hope but their programs have aided us get to the co of oneself and that has really worked to improve self-esteem and we have come to understand each other in our communities.

The low-self-esteem never made us feel life, free and whole in the society, but now we are good on the journey of building ourselves, our families and friends, since we are ambassadors of others in our community. We bridge together and can see mindset changing” Nsengiyumva said.

“The first time when I was invited to participate in interactions I didn’t even understand what the organization is all about and its purpose. But with the constancy and follow up on us, we started understanding their purpose and started implementing the commitments we had made together” Bunani Martin said’’.

He said that before these programs, the hatred between young generation from Genocide survivors, perpetrators side and marginalized people was intense in their district “you couldn’t wish to meet a person from the perpetrator’s side, every time you were about to meet any that you don’t share history, you could turn the routes, we couldn’t greet each other neither have any kind of discussions together”.

Bunani further added that, but after they received fully program and the mind was changed, they joint all beneficiaries in their district for trainings and later after the positive mind was archived, they developed an initiative that would gather them together, at least twice a month and decided to contribute Rwf1, 500 as well twice in a month, to facilitate the initiative.

They started breeding, as something not often done in their district, where the group every month buys one of the beneficiaries a domestic animal worthy Rwf30, 000. That also facilitates the beneficiary get fertilizers for their crops. So far, eight people out of 14 group members have received the animal.

Bunani further said that, the group has also inverted in garlic farming, a crop highly demanded on the market.

Through several activities and reconciliation programs they constantly hold in their districts, some families from the perpetrator’s side have returned and paid for the properties they had stolen and damaged from certain survivors and so far four families have participated, Bunani said.

Francois Ntibakunze, from Gahanga, Kicukiro district, they are grateful for GER Rwanda activities, through its programs aimed at sharing the role of every Rwandans in building unity and integrity and promoting Ndi Umunyarwanda program.

He says that the programs through discussions have been conducive; it opened their eyes as youth.

“The program proved to us that we should put together and work together and we come up with reaching out to people initiatives, where we carried out various activities, such as building for the needy, building kitchen garden in every ECD in our district, and more” Ntibakunze said.

He says that have also noticed some of an appropriate names given to certain groups of people indirectly in some villages in Kicukiro District (as a way of promoting genocide ideologies) and they are now sinking more in village outreach for discussions and eradicate such acts. 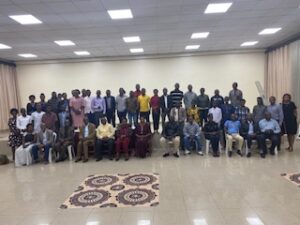 Global initiative for Environment and Reconciliation Rwanda aims at facilitating conflicts transformation, healing towards reconciliation and nature for a sustainable future. It contributes to Peace building, ecosystem management and community development in Rwanda.