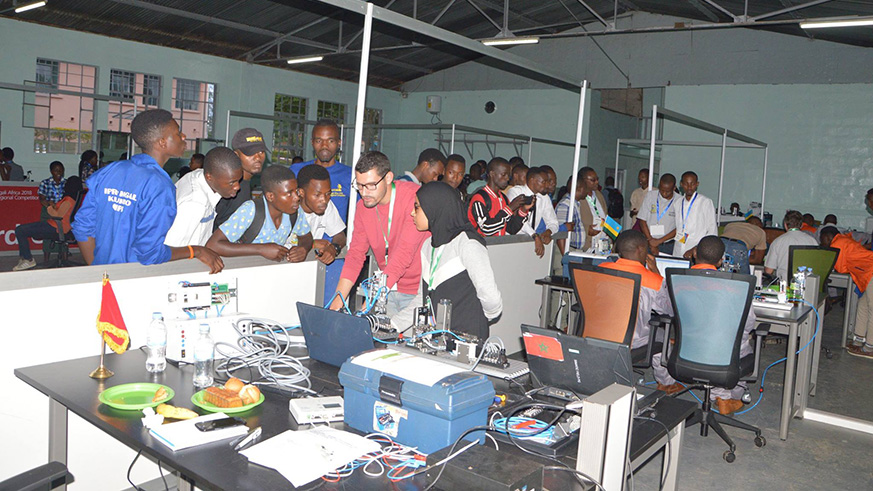 After their graduation from high schools, some young people find themselves in dilemma because they can’t get employed anywhere, their academic level is still low compared to the number of graduates on the labor market, this leads to frustration among some of them.

Claudine Uwamahoro, a 27-year-old resident of Nyarubaka, a village located at one hour drive from Kigali city in Southern Rwanda has been staying at her home after secondary studies, hoping to get a decent job.

“I always applied for job from both public and Private sector, but I have been always disqualified from the selected hiring process” she complained. 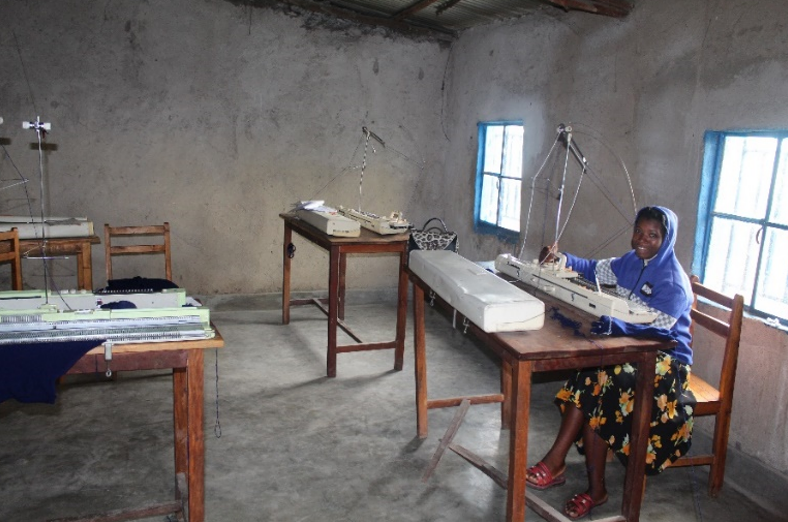 Latest official figures published in the Labor Force Survey by the National Institute of Statistics of Rwanda indicate that almost 80 percent of Rwanda’s population is under the age of 35, but the employment for this particular category remains a key policy challenge.

Dr. James Gashumba, the Vice Chancellor of Rwanda Polytechnic said that within current efforts, the Government is mobilizing over Rwf100 billion ($100 million USD) to streamline TVETs in order to release qualified graduates into both national and international labor markets with competent skills to even create their own jobs. 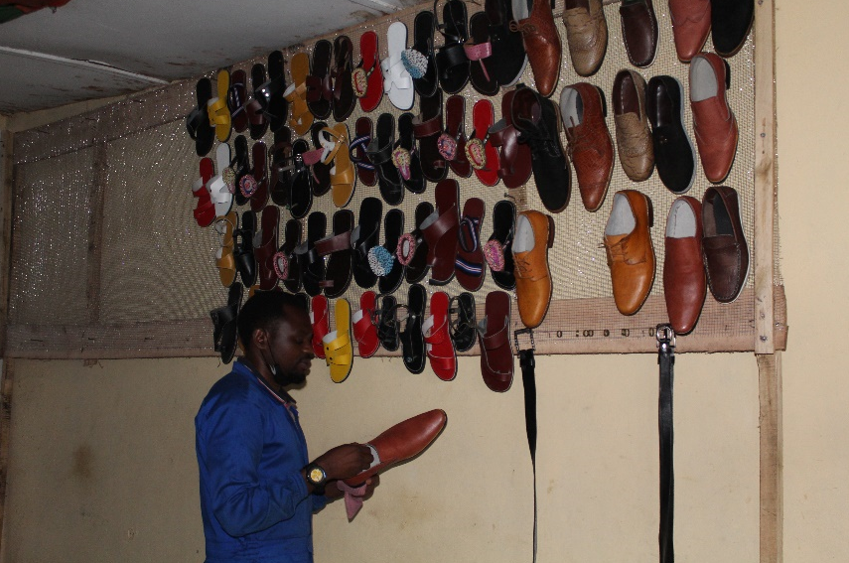 The government targets to create 1.5 million jobs by increasing the number of students enrolled in TVETs from current 32 percent to 60 percent by 2024.  There are  456 TVET schools  both publicly owned under the Ministry in charge of education or privately owned by an individual or belonging to faith-based organizations.

Uwamahoro is among the youth who benefited from TVET sewing program, a one year intensive career skills program which is especially offered to young women experiencing deep poverty. She was supported by the social protection program of Nyarubaka sector which paid for her in St Bernard TVET School. If they successfully complete the training, they are awarded a sewing machine to start their own business.

“I no longer wait for my family to support me financially. I can take care of my needs myself, thanks to the skills I have gotten from TVET, now I have a job,” said Uwamahoro. 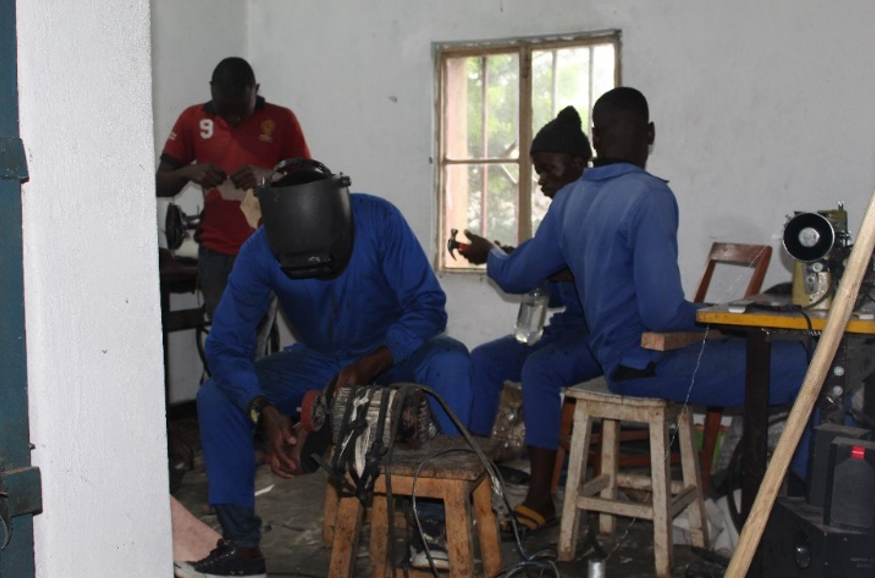 Pascal Gatabazi, the Chief Technical Advisor in the ministry of Education says that TVETs accommodate ordinary level graduates who are either sent there or applied privately; like other secondary schools programs, the ministry of education is the one which sends students in TVETs after Ordinary level, based on their performance.

But otherwise, some students who wish to join TVETs without being transferred there, apply privately and get accepted based on each TVET’s guidelines. There’s also a one year program for short courses. The number of students per course depends on the capacity of each TVET.

More than 30 courses are being taught in TVETs, among others tailoring, auto vehicle mechanics, computer system technology, carpentry, domestic electricity, plumbing and much more.  The school fees range between 70,000 RwF and 180,000 RwF for non-boarding students and 110,000 RwF to 270,000 RwF for boarding students per trimester; the prices differ from Kigali city TVETs to countryside TVETs.

For those who cannot afford the fees, based on their social classifications are taken in by local government, like sectors or district who pay for their studies and other basic needs like in  Joseph Uwamurera’s case.

Uwamurera, a young man from Remera sector, Gasabo district is an orphan with two siblings to look after. Their uncle who raised them passed away just before his high school ordinary level graduation.

“I was so frustrated that my note came out awfully, so I was not able to continue and the job was hard to get,” Uwamurera said.

“I went to the sector’s office and told the social affairs in charge about my situation, she then arranged for me in ADEF TVET school where I was trained in carpentry.” 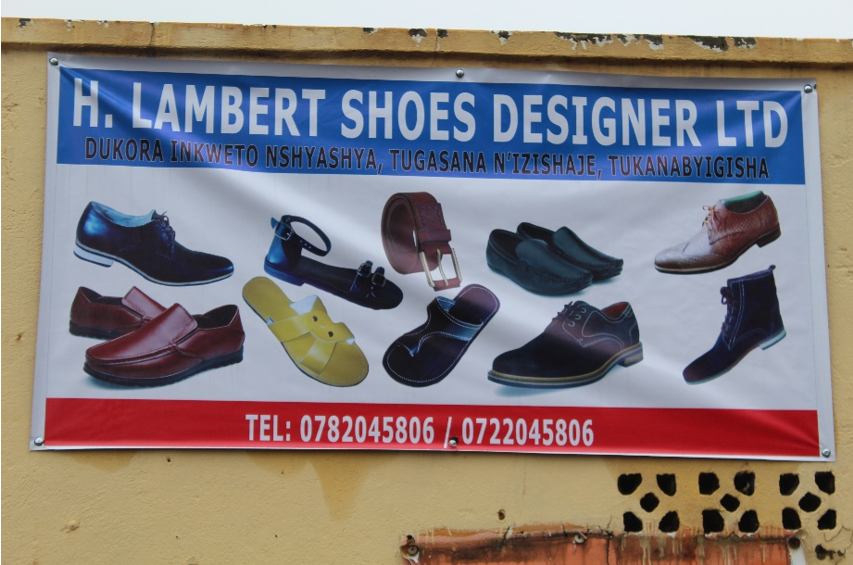 One year later, Uwamurera finished the training and was awarded with basic tools to start with, he now owns a carpentry workshop where he employs other young people. Five years,after starting his workshop, he has built an average house where he lives with his two siblings, he pays for their school fees and is able to feed and dress them; Uwamurera has hope for a better future.

He says that they are still facing challenges when it comes to competing for enormous bidding. “Despite being equipped with skills that can make us gain daily life, clients are not yet fully trusting when it’s about bidding for a big market. They will always doubt our capacity to deliver and so will pass it to the companies that have already built names,” complains Uwamurera.

According to Jean Claude Sharangabo, head of TVET School at Nyagahinika a village from Rutsiro, there is need for sensitization as there are some students and parents who still believe that TVETs are the dumping ground for those whose academic capacity is not up to the requirements of higher learning.